Can you just imagine what will happen when Stephen Spielberg is directing Stephen King story?. I know, it’s going to be awesome and this happened with a new supernatural show on Netflix, Stranger Things which created by The Duffer Brothers. Trust me, from the moment you press play on this one, you will be hooked in and you may don’t want to leave your room.

Meanwhile, instead of getting terrified by a peculiar event in their small town, Mike Whiller (Finn Wolfhard) encouraged Dustin Henderson (Gaten Matarazzo) and Lucas Sinclair (Caleb Mclaughlin) to search Will although his mom already warned him to don’t sneak out in the middle of night. So, they went to the woods where is a place Will’s bicyle found and leading them to meet with a strange young girl with shaved hair without any trace where she was came from unless a tatto which branded on her arm as a code number of ’11′ and made adddresses herself as “Eleven” (Millie Bobby Brown). Of course, just like every classic tales story in genre horror-science-fiction, Eleven was a guinean pig who was created by Dr. Martin Brenner (Matthew Modine).

The terror finally more terrifying when Barbara Holland (Shannon Purser) goes missing too. It made Nancy Wheeler (Natalie Dyer) takes all the blame and starting to investige by herself to find her. In the result, she made a friend with Jonathan Bryers (played by Charlie Heaton) whose brother of Will and accidentally both of them are dealing with a bizarre monster from the other world.

Based on the line I gave to you maybe you will haven’t understanding yet what makes this new show good then? when every plot already have had been using by another bunch of movies.

The trick is when you were born in 90s but your soul trapped in the 80s and you missed so much to watch classic movies with excellent pictures in modern era but you have had been dissapointing every times with bunch of shitty remake movies: this is a new hope, guys!.

I mean as a “moviefreak”, i love to watch classic movies, such as Psycho, Rear Window, E.T, Things, Carrie, or The Shinning and all of those movies is always on my list to watch whatever when I’m bored. If you watched this kind of movies too, you will find the common ideas what make this classic are unforgettable. The sound is amazing,  the actor are atonishing and especially with a slow plot line which never makes you bored. And it happened with Stranger Things!.

First of all, one of the best reason is the music!. Featuring songs from the likes of The Clash, New Order, David Bowie, The Smyths, Joy Division and Television, all slipped in to the story just at the right time and perfectly synchronizing whatever was going down. Also don’t forget there is John Carpenter tunes too in here. Can you feel the hype now, dude?

After that, the kidos are just fantastic in every single role. Their entire performances is undoubtedly inspired by the likes of Super 8 and E.T. Eleven is even more likely Carrie White or Olivia Dunham in Fringe series too. Even though, i can list a number of names with a specifis aspects like Eleven but her vulnerable character who doesn’t have a whole load of dialoque is the most interesting figure i ever have had so far. The entire actors who played Mike, Dustin and Lucas are interesting too without any exceptional because their outstanding performances made this show even funnier and classical.

Next, there is a fascination with all things eighties and nineties related. In my view, Stranger Things is a love letter to the cult classics of the 80s. You will find several poster in the screen, like Evil Dead and Jaws. It brings me a memento about how deeply i love a cult classic and can watch it multiple times without getting tired. Also, Stranger Things has succesfully managed to tribute Stephen King era of supernatural flicks with excellent taste.

Stranger Things also has some gorgeous supernatural environments and creature designs. At last, The Duffer Brothers literally know exactly how to come out with something magnificently and compelling to watch. 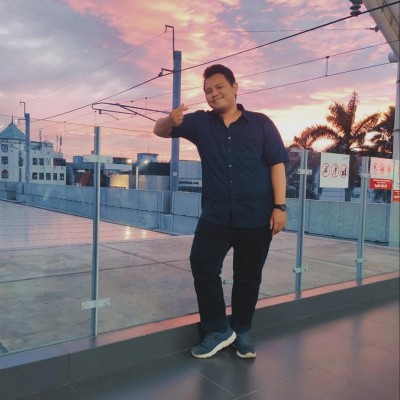 A 20-something who loves writing and watching mostly k-dramas. Apart from tv and movie reviews, I also talk and discuss about cultural and media issues. If you find my blog useful and helpful don't forget to subscribe. Thanks for reading!
kgiaji@gmail.com
https://kukuhgiaji.com